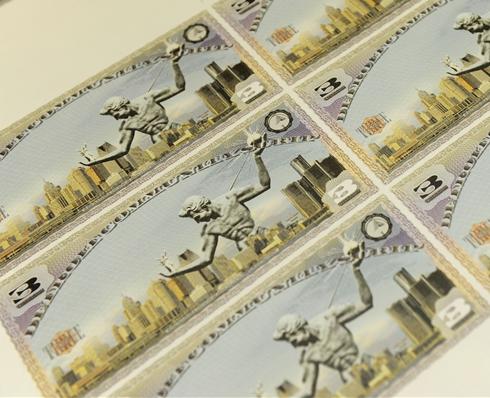 Article I of the U.S. Constitution gives the federal government sole authority to print money. But that isn't stopping local businesses in cities like my hometown of Detroit from printing their own (il)legal tender. USA Today has more.
Posted by Matt at 19:43

Trying To Keep Up

It has been a busy few weeks for critics and defenders of the Bush Administration as numerous memos and reports related to the use of torture by U.S. officials have been released to the public. Trying to keep up with this flurry of information is daunting . . . but not impossible. Thanks to Foreign Policy Magazine's Passport Blog, you too can try to keep up with the latest news on the "war on terror" and torture. Take a look and remember, this is just the tip of the iceberg.

UPDATE - the Economist's Democracy in America Blog also has a torture news round-up. It seems as though torture is all anyone can talk about these days.
Posted by Matt at 07:48

The Central Intelligence Agency (CIA) released documents yesterday related to torture techniques used by the prior Administration. The follows on the heals of the release of several legal memos by Attorney General Eric Holder that served as the legal basis in justifying the use of torture. ABC News has more.
Posted by Matt at 08:12

A while back I wrote about the impeachment of Illinois Governor Rod Blagojevich. In the last week the former Governor has been indicted AND signed on to star in an American reality show. I guess that answers the question of what happens to a person once they have been impeached.
Posted by Matt at 12:57