Students attending my courses this semester surely remember the floating hotel v. floating train analogy I used during our discussion about divergent lines of precedent. To drive home the point, I then moved on to a real case involving a recreational vehicle (RV) and lines of precedent involving exceptions to the search warrant requirement, one line dealing with cars, the other dealing with homes.

Just this week the U.S. Supreme Court had a similar issue before it involving a house boat. The question was whether the vessel should be considered a residence or a boat. The characterization of the vessel obviously would lead the Court in two different directions (otherwise the case would not have made this far in the system), and it was up to the Court to determine whether this was a boat or a home.

The Washington Post has more on this case.
Posted by MBL at 08:04

Are judges in America actually politicians? This is a question posed by former Obama Administration official and renowned law professor Cass Sunstein in a recent essay published by Bloomberg News. What Sunstein is really asking here deals more with the role ideology plays in judicial decision making, but the point is well taken and worth consideration. The essay is highly recommended.
Posted by MBL at 09:07

In all of my courses this semester we have spent at least a portion of our time discussing how precedent operates in the common law system. One of the concepts I have tried to make clear is the role that reasoning by analogy plays in the development of case law. The California Supreme Court, in the case of Nawal v. Cedar Fair, L.P. (the ruling can be found here), recently gave us a nice example of how reasoning by analogy can be used to extend a common law principle.

The L.A. Times nicely sums the case up so:


The ruling came in a lawsuit by Smriti Nalwa, who fractured her wrist in 2005 while riding in a bumper car with her 9-year-old son and being involved in a head-on collision. Rosenberg said Great America had told ride operators not to allow head-on collisions, but failed to ask patrons to avoid them.

The court said Nalwa's injury was caused by a collision with another bumper car, a normal part of the ride. To reduce all risk of injury, the ride would have to be scrapped or completely reconfigured, the court said.

"A small degree of risk inevitably accompanies the thrill of speeding through curves and loops, defying gravity or, in bumper cars, engaging in the mock violence of low-speed collisions," Justice Kathryn Mickle Werdegar wrote for the majority. "Those who voluntarily join in these activities also voluntarily take on their minor inherent risks."

Monday's decision extended a legal doctrine that has limited liability for risky sports, such as football, to now include recreational activities.

The legal doctrine at issue is the common law (i.e. judge made) principle of assumption of risk, whereby someone who undertakes an activity knowing of the risks involved cannot later sue the person who organized or oversaw the activity. Up to this point, California courts had apparently limited the use of the doctrine to risky sports, but in this case they drew an analogy between risky sports and risky amusement park rides and found them to be sufficiently similar to allow for an extension of the doctrine.

The Right to Bear Arms 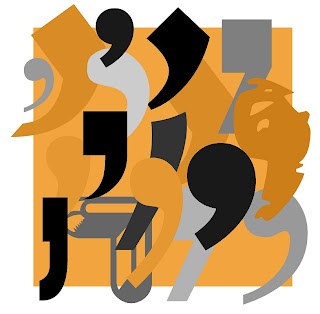 In the wake of the tragic events that unfolded last month in a Connecticut elementary school, the German press has highlighted the gun culture in America and how the U.S. Constitution seemly makes it quite difficult to put limitations on this culture. At issue, of course, is the Second Amendment to the U..S. Constitution, which states:


A well regulated Militia, being necessary to the security of a free State, the right of the people to keep and bear Arms, shall not be infringed.

The meaning of this awkwardly written sentence has been argued from the halls of academia to the chambers of the U.S. Supreme Court. And the arguments appear to be more about grammar and punctuation then anything else, as a recent post at the University of Pennsylvania's "Language Log" reminds us.

This post is a must read for anyone who is interested in the debate about how the Second Amendment can be interpreted and the role that language plays in this debate.