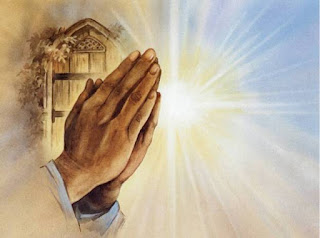 Students in any of my courses that have touched upon religion in the United States are familiar with the case Engel v. Vitale, one of the most important or at least controversial Establishment Clause cases decided by the United States Supreme Court. In fact, students in my American Constitutional Law course looked at the case in depth yesterday. Unbeknown to me, yesterday was also the 50th anniversary of the Court's decision. The Desert News has a nice piece reflecting on the importance of the decision and how 50 years later it is still at the center of controversy.
Posted by MBL at 09:06

When Government Breaches for Non-Payment

What happens when the federal government enters into a contract with private parties to provide some kind of services for the government, and then Congress refuses to allocate money to cover the costs of these services, or put a different way, refuses to give the government the money needed to pay for the services under the contract? Breach? You bet, said the U.S. Supreme Court yesterday.

Apparently Congress has created something called a "Judgment Fund" to cover costs related to court judgments issued against it. The Court determined that when the government breaches a contract, it must dip into this fund to make good on the promises it made under the contract.

Why? Lyle Denniston at SCOTUS blog sums up the Court's rationale nicely:

The Court is an Issue

Every four years Americans are reminded by the press about just how important the Presidential Election is to the U.S. Supreme Court, or at least to the composition of the Court. A recent piece in the U.S. Today begins by stating that "[t]his presidential election year, the most important numbers at the court could be 79, 76, 75 and 73. Those are the ages" of four of its members. Put a different way, up to four Justices might be retiring in the near future. Now might be good time for students in my American Constitutional Law and Common Law Legal System courses to reflect on our discussions about the Court and how its members are selected.
Posted by MBL at 13:59

No One is Popular The popularity of Congress is at an all-time low, according to many polls. President Obama is not very popular, but his opponent Mitt Romney is even less popular, although that might change. And now we are being told that the U.S. Supreme Court approval rating is at an historical low. The New York Times has more.
Posted by MBL at 13:44

Time for a Fix?

Recently I came across a series in Slate Magazine that has somehow escaped my attention: How Can We Fix the Constitution. This is certainly not a new topic. Heck the founders were talking about how to fix the Constitution even before they ratified it. Remember, the Bill of Rights was basically a concession to anti-federalists who feared the strong central government being created by the new governing document. Put a different way, the Bill of Rights was kind of a fix to the new Constitution.

Last week, U.S. Supreme Court reporter Linda Greenhouse weighed in on the question of whether there should be term-limits, like those that exist for member of the Bundesverfassungsgericht, for members of the U.S. Supreme Court. It is an interesting, and yes short read. Check it out.

As an aside, the Slate series was inspired by the new comedic book by Kevin Bleyer, a writer for the very popular fake news program The Daily Show entitled  Me the People.
Posted by MBL at 14:09

I touch upon freedom of speech in several of my courses. When I do, I always like to point out that even offensive speech like swearing or flipping someone the bird is protected speech under the U.S. Constitution's First Amendment. I also like to point out that not a year goes by that I fail to see some news article about some city who has tried to punish someone for swearing in public. And right on cue comes an Associated Press piece about a small town in Massachusetts who just passed a local ordinance banning "loud, profanity-laden language." Incredibly, or maybe not, I wrote a similar post a year and one day ago about another local government punishing someone for swearing.
Posted by MBL at 13:28

The SZ recently published two interesting articles concerning the upcoming elections in America. One looks at the influence of the 24-hour cable news network Fox News, while the other explains how a recent U.S. Supreme Court ruling has led to even more reliance on campaign contributions and created a situation where outside, so-called Political Action Groups may have more influence on the elections then the candidates themselves. The articles should be of interest to anyone interested in the American political system, which I assume some of you studying American law are.
Posted by MBL at 07:03