Our Own Little Secret

The New Yorker magazine recently had a piece about how hotel and casino magnate Steve Wynn put his elbow with a Picasso painting that was worth $40 million. Thankfully for him he owned the painting. But he was in the process of selling it. There were already promises on the table from Wynn to sell and from the purchaser to buy. But that's not the interesting part of this article, as it's clear that the buyer would has a remedy to get out of the contract. Here is the interesting part:

A few hours later, they all met for dinner (Wynn and his friend who witnessed the accidental destruction of the painting), and Wynn was in a cheerful mood. “My feeling was, It’s a picture, it’s my picture, we’ll fix it. Nobody got sick or died. It’s a picture. It took Picasso five hours to paint it.” Mary Boies ordered a six-litre bottle of Bordeaux, and when it was empty she had everyone sign the label, to commemorate the calamitous afternoon. Wynn signed it “Mary, it’s all about scale—Steve.” Everyone had agreed to take what one participant called a “vow of silence.” (The vow lasted a week, until someone leaked the rudiments of the story to the Post.)

Since the New York Post broke the story of this $40 million blunder, Wynn's guests have been speaking with whomever will listen. But they promised not to talk about it. Is this an enforceable promise?
Posted by Matt at 08:39

In today's Boston Globe there is an interesting story about how difficult it is for young lawyers in the United States to get litigation experience. America has a reputation of being litigation happy, and most people think that automatically translates into an over abundance of actual court hearings. But according to recent data, the number of trials in the U.S. is declining drastically. According to the Globe piece:

Over recent decades, the number of courtroom trials has dropped dramatically in both federal and state courts, according to numerous national studies. Because of the high cost of going to trial, fear of unpredictable jury verdicts, and other factors, many cases instead are being resolved through settlements, mediation, and arbitration, which litigants often prefer to the emotional ordeal of going to court.

But the disappearing trial has created a troubling ripple effect for the legal profession: rapidly dwindling opportunities for lawyers to hone their litigation skills, resulting in a generation of young attorneys who have rarely -- if ever -- stepped foot in a courtroom.

In contracts class we spend a fair amount of time distinguishing between gifts and valid consideration. In short, we talk about whether gifts are enforceable contracts. In the real world this distinction between gifts and enforceable contracts has been creating some problems for organizations who depend on charitable gifts. The Wall Street Journal recently reported that a growing number of donors are reneging (not following through with giving their gift) on their gift pledge. The problem is such now that many institutions are trying to devise ways to make charitable gifts enforceable contracts. The main problem, so says the WSJ, is that many of these gifts are made orally. The problem is compounded by the fact that many charitable donors would probably be offended by having to put their gift pledge in writing. As one donor notes, "My word is good. If they don't trust me they don't have to take the money -- I can go somewhere else. There are plenty of places that are happy to accept gifts without promises." But would putting the pledge in writing really make that much of a difference as far as enforceability goes?
Posted by Matt at 09:57

Early in their FFA studies, students are introduced to the concept of juries, something that makes the common law legal system somewhat unique. Despite a decrease of use in many common law countries, juries are still quite "popular" in the United States. This is primarily because in many instances the parties in a court action have a constitutional right to a jury trial, which is not the case in most common law jurisdictions. Yet the jury system in the United States also faces a threat to it's existence and legitimacy, namely finding enough people who want to be jurors. As the USA today recently reported:

No one keeps national figures on jury duty no-shows, but the American Judicature Society considers the problem an epidemic in some communities, especially large urban areas such as Miami, Houston and Atlanta, where no-show rates routinely top 50%, says David McCord, a society spokesman.

In short, people don't want to serve on juries. Is the right to a jury still meaningful if the jury pool is made up only of people who wish to serve on a jury?
Posted by Matt at 22:21

And so is the list of people suing Borat (Sacha Baron Cohen). The DPA is reporting that the villagers in the Borat film, who are actually Romanian villagers, are suing in New York, Florida and, get this, German courts. Again, the main claim is they were misled into appearing in the film. Looks as though the great American tradition of suing is catching on here in Deutschland. Of course, this won't be the first lawsuit filed against "Borat" in Germany. Shortly before it's release in Germany, two lawsuits were filed here to stop the film from being shown because it allegedly incited racial and ethnic hatred.
Posted by Matt at 22:03

You gotta love Americans and their propensity to sue over just about anything. Earlier I posted a piece about how some people think that suing Borat (Sacha Baron Cohen) for "tricking" people into signing release forms for the movie Borat: Cultural Learnings of America for Make Benefit Glorious Nation of Kazakhstan is possible. It only takes a few legal "experts" to plant the seed, and it appears the seeds are sprouting. E Online is reporting that frat boys in South Carolina who were "duped" into appearing in the Borat flick, and saying some rather racy stuff I am told (sadly, I have still not yet seen the movie), are suing:

The young men charged the studio with fraud; rescission of contract; statutory and common law false light, for framing their comments to make them appear "insensitive to minorities"; appropriation of likeness; and negligent infliction of emotional distress.

To think, you can sue someone for "tricking" you into revealing your true feelings. No wonder the world thinks Americans lawsuit happy.
Posted by Matt at 18:50

Yesterday I wrote about several state ballot initiatives that threatened the independence of judges. I am happy to report that these state initiatives lost in yesterday's election. Furthermore, the threat to the federal judiciary posed by a Republican-controlled House of Representatives (several months ago the House was considering various ways to control judges) is no longer. The Democrats took control of the House yesterday, and they presumably are not interested in meddling with the Judiciary Branch.
Posted by Matt at 18:43

Today Americans go to the polls to vote on a variety of things. Most of the media attention has been focused on the races in Congress, with the Democratic Party apparently poised to take control of the House of Representatives and possibly the Senate. The key word here is "apparently." But one of the foundations of the American form of government is under attack in many states, and most Americans have no idea and probably little understanding of what's at stake. In several states there are ballot initiatives (follow link for definition) that are aimed at making the judiciary branch far less independent. As the Washington Post recently noted:

These dangerous "grassroots" (read: carefully and professionally coordinated) measures are boldly and brashly designed to scare judges away from making tough and sometimes unpopular decisions about some of the most controversial issues of our time. They are designed to make the judiciary bend to the will of the masses.

Several FFA classes, most notably Common Law Legal Systems and U.S. Constitutional Law, consider the importance of an independent judiciary in the common law legal system, especially in the United States where the government is built upon the idea of separation of powers. These voter initiatives are aimed squarely at making judges far less independent, and they could change the way Americans are governed in the future. What could be more important than that?
Posted by Matt at 09:15

I came across this fascinating report concerning privacy protections in countries across the world. The report, conducted by a UK privacy advocacy group called Privacy International, ranks the U.K. as a "surveillance society" and the United States as an "extensive surveillance society." I realize that a discussion of privacy protection is only tangentially related to subjects covered in the FFA, but I couldn't help posting this. Simply fascinating stuff. As an aside, and it probably comes as no surprise to FFA students, Germany ranks near the top when it comes to privacy protection. But that may soon be changing.
Posted by Matt at 08:10 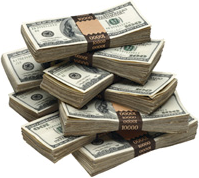 By the end of their FFA studies, students, one way or another, are familiar with the concept of punitive damages, which is defined by law.com as:

damages awarded in a lawsuit as a punishment and example to others for malicious, evil or particularly fraudulent acts.

And even before starting the FFA, many students have read about the huge damage awards given out by American juries to people who smoked all their lives, for example, and are now suing because smoking adversely impacted their health. Many students find these awards to be excessive, especially when they are given in cases involving people who have engaged in activity, smoking for example, that everyone knows is dangerous.

Well, many American also feel these awards have become excessive and just yesterday the United States Supreme Court took up the question concerning what kind of limits can be placed on juries who hand out these awards. The case in question comes from Oregon and involves a person who smoked for 47 years and eventually died of lung cancer in 1997. A jury awarded the smoker's family $800,000 to compensate for their loss, and then slapped a $79.5 million punitive damage award on the cigarette company Philip Morris.

This case is instructive on a variety levels for FFA students. First, it shows that the courts can place limits on juries. Second, it discusses how punitive damages are used and possibly misused in the civil law system. Finally, it hints at something of which many students might not be aware. Higher courts often send an appeal back to the lower court for further review. Generally, either the appeals court doesn't understand the lower court ruling and wants further classification (see Justice Souter's comments in the article to which I have linked above), or the appeals court wants to give the lower court a "second chance" to apply the law properly.

Many Court observers said this particular case would be one of the most important upon which the Court would rule this year. Now it looks like the Court will simply send this matter back to the Oregon Supreme Court for further clarification.
Posted by Matt at 09:20