By now students in my Constitutional Law class are quite familiar with the federal system of government in the United States. But I cannot emphasize enough the fact that the fundamental rights contained in the Constitution and its Amendments represent the bare minimum of rights enjoyed by residents of the United States.

What do I mean by that? Simple. Government cannot violate these rights. Period. But governments (state and federal) may provide greater rights. How so? A case decided by the California Supreme Court yesterday provides a nice illustration.

The U.S. Congress is on record saying that marriage can only be between a man and woman. Federal courts have generally ruled that this limitation does not violate the U.S. Constitution (although the U.S. Supreme Court has never weighed in on this question). But several states have decided that under their own constitutions, the right to marry is extended to couples of the same sex. 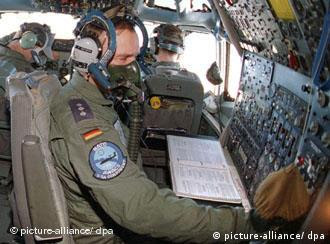 As we discussed last week, the Constitution sets up the potential for conflict between Congress and President when American troops are sent overseas and placed in harms way. Article I clearly gives Congress the power to declare war, but Article II makes the President Commander-in-Chief, which inherently gives him the power to defend the United States without obtaining approval from Congress. Presidents have defined "defend" rather broadly, dispatching troops to places like Panama and Beirut and putting them in war-like situations without getting approval from Congress. I just came across a piece on the English Deutsche Welle site about a case that many of you probably are already aware of. It seems that the German Constitutional Court has settled this question about who has the power in Germany to dispatch troops to foreign soil. Any deployment of German troops to foreign soil must be done with the approval of the Bundestag, so said the Court. There are a number of reasons why it was easier for the German Court to deal with this issue then it would be for the U.S. Supreme Court. For starters, there is much clearer division of power between branches in the United States. Second, as a rule the Supreme Court does not answer "political questions." More on that next week.
Posted by Matt at 13:23

No to German National Security Council 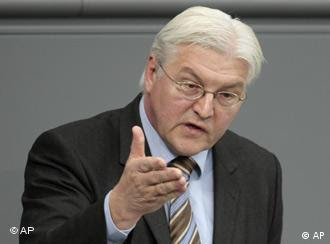 In case you missed it, German Foreign Minister Frank Walter Steinmeier has rejected an idea put forth by Chancellor Merkel for the creation of a U.S.-style National Security Council. As you will recall from our last Constitutional Law lecture, the NSC was set up to counsel the President concerning relations with foreign countries. It's no wonder why Herr Steinmeier would oppose such a move. American Secretaries of State (the equivalent of the German Foreign Minister) have generally had cool relations with the NSC. And why wouldn't they? The NSC is basically serving a similar role as the Secretary of State, meaning the Secretary has competition for the President's attention on matters of foreign relations.
Posted by Matt at 13:45