The Rise of the States 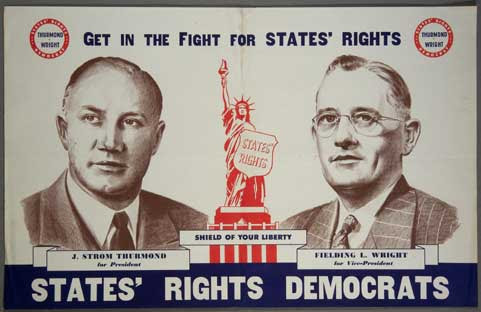 To fully understand the constitutional argument surrounding President Obama's attempt to provide health care to all Americans, one must also understand how federalism works in the United States. The struggle for power between the states and the federal government has been a part of the political debate in the U.S. since its founding. And even today the States are looking for ways to increase their power, including this proposal to amend the U.S. Constitution in a way that would allow the States to veto federal law.
Posted by MBL at 06:52