In class I sometimes characterize the role of common law judges as being akin to referees. In a recent editorial entitled "Wading through the malarkey of judges as umpires" Prof. Alan Garfield makes a convincing argument why sometimes judges aren't really like referees. To be clear, when I talk about judges being like referees, I mean the role they play at the trial court level. Here Prof. Garfield is talking about appellate court judges, specifically Supreme Court Justices, whose job primarily is to apply the law, not oversee a trial. I encourage you read his piece.
Posted by MBL at 09:46

The New York Times is most certainly not a fan of judicial elections. As students in my courses know, many states in the United States select their judges through an open election process. In a recent editorial, the New York illustrated why this might be sometimes problematic:


In North Carolina’s Supreme Court primary on May 5, for example, Justice Robin Hudson endured attack ads charging that she coddled child molesters and “sided with the predators” in a dissent while on the bench. The ad’s source was not her two opponents but a shadowy independent group that received $900,000 from the Republican State Leadership Committee in Washington, which channels donations from corporations and individuals to promote conservatives in state politics.

You can read the rest of the editorial here.

An editorial in The Week recently made the argument that it's time for America to limit the terms of its federal judges:


"Unlike in nearly every other democracy in the world, justices appointed to our highest court remain there for life. This is purportedly done to promote judicial independence. But in reality these lifelong Supreme Court appointments generate an absurd political spectacle: A court that is both nakedly partisan and less democratic." 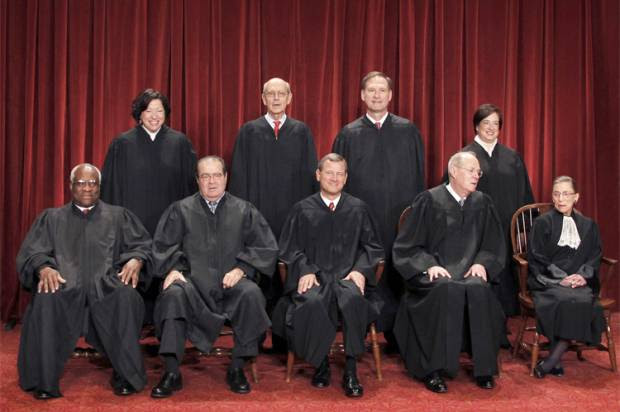 A new survey of Americans shows that a majority of them would like members of the Supreme Court to have term limits (something similar to the time limits placed on members of the Bundesverfassungsgericht). As students in my courses know, or will soon learn, federal court judges in the United States serve for life terms once they are appointed to the bench. As students in my Osnabrück courses should know, in order to impose such term limits, the language of the U.S. Constitution (Article III) will need to be changed, which is very unlikely for the reasons we discussed/will discuss in class.
Posted by MBL at 12:56

Selection of Judges in the United States

The Salt Lake Tribune recently published a very well-written editorial by the Chief Justice of the Utah Supreme Court, which does an excellent job of explaining how the retention system of judicial selection works. Students interested in understanding how this method of judicial selection operates are encouraged to give it a read.
Posted by MBL at 10:43